Maggie’s tenth year was mighty special.  She learned to ride a horse, blossomed as a soccer goalie, landed her first sockeye salmon, planted a bountiful garden, and mastered Nestle’s chocolate chip cookie recipe.  She snorkeled and skied, hiked and hunted.  She devoured several book series:  Pegasus, Hunger Games, and Harry Potter (again) were the favorites.  Her top TV shows were Supergirl and Little House on the Prairie – drastically different but equally beloved.  Her role model was Hope Solo, a professional women’s soccer goalie.  She loved to play games (especially Monopoly, Sorry, Rummy, and Pitch), have Nerf gun wars, and run free with the neighbor kids.

It was a good year. 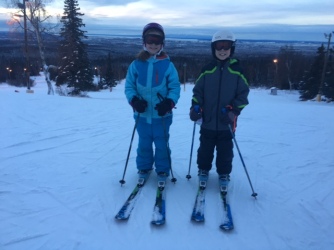 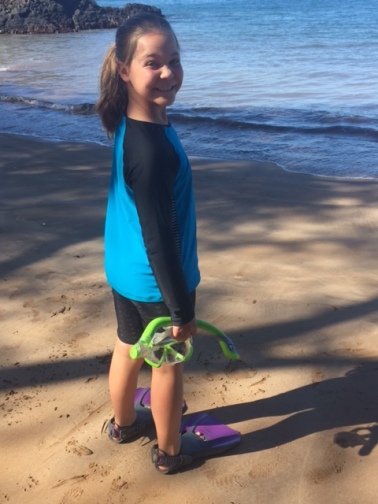 Honestly, I thought 10 was going pretty well, but then she had to go and turn 11 on us.  She has a mind of her own, that kid!

She turned 11 on the 11th, which made this her “golden birthday.”  Throw in a full moon and the entire day screamed “put sparkly golden candles on my cake!!”  (Thank you ModPodge and glitter.)

I always look forward to party planning with the kids, so a little piece of me died inside when Maggie asked, “Mom, can we not have a theme this year?”

See what I mean about this kid having a mind of her own?  The teen years could be rough with this one.

It turns out she wanted to skip the big party entirely, and instead have an extra special sleepover with two family friends.  I had to admit, that sounded soooo simple.  And soooo easy.  And soooo the answer was yes!

Once I let go of the theme, Maggie took charge.  She spent a solid afternoon researching Minute to Win It games on YouTube, and put together a Google Doc with links to each game’s instructional video.  She even made a separate Google Doc with a grocery list for me.  Generous of her, huh?  I must admit, the games took very few supplies and they were all a hit.  The games she picked were This Blows, Yank Me, Uphill Battle, Stack Attack, and Separation Anxiety. 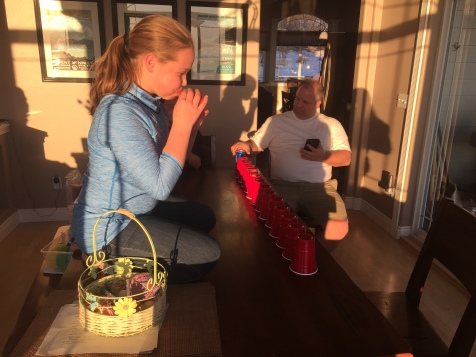 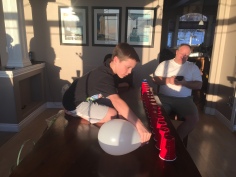 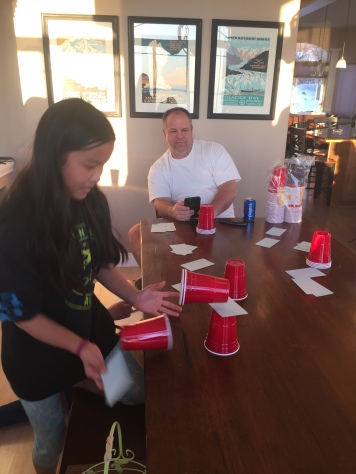 Of course I couldn’t stay out of it completely, and Maggie begrudgingly allowed me to plan dinner.  I took all of her favorite foods and created a Mystery Menu.  (I wish this brilliant idea was my brainchild, but it’s mostly a mashup of ideas I found online.)

First, I set a fancy table:

Next, I instructed the diners to fill out the Mystery Menu:

Everything on the menu was written in code, so the kids had no idea what they were ordering.  Here is the key:

The meal was full of laughs, and we let the kids order multiple courses which helped them crack the code.  The Mystery Dinner wouldn’t have been possible without help from my friends who played waitress with me, so if you decide to do something similar make sure you recruit help!  This event was a hit and I’d definitely do it again!

The last laugh was Maggie’s.  Her cake looked like a simple chocolate dessert (Grandma’s recipe, of course!) but there was a surprise inside.  We baked four round cakes, hollowed out the bottom three layers, and filled them with M&M’s!  There were concerning crunching noises when we cut into the cake, but everyone was relieved to see that yummy M&M’s were the culprit!

Maggie may have a mind of her own, but I must admit it’s full of fabulous ideas! 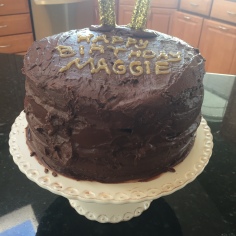 Maggie received the nicest gifts.  Emily’s family gave her a sweatshirt that is both soft and stylish, and Lia’s family gave her a figurine of a glass wolf howling at the moon.  Maggie was antiquing with them one day, and she hid this wolf in the store so no one could find it until she had a chance to go back and buy it for herself.  Sneaky kid!  My friend snuck back into the store and bought it, and saved it for just this occasion.  It was a great surprise!

Here she is with both of her gifts – this picture makes my heart smile because it shows how genuinely happy Maggie feels:

I love this gal all the way to the full moon and back.  Again and again.

Here’s to Maggie:  our golden girl.